The property of Tesseracts to form patterns and analytical views based on some arbitrary parameters is known as Coalescence. The most commonly used patterns are Tesseract Lattices and Tesseract Grids, both of which are natively supported by the MOI protocol. More complex formations are possible as well to gain better insights into network and participant behavior. A Complete Coalescence is a view of the entire Value Space as it is a pattern formed by the coalescence of all possible Tesseracts in it. 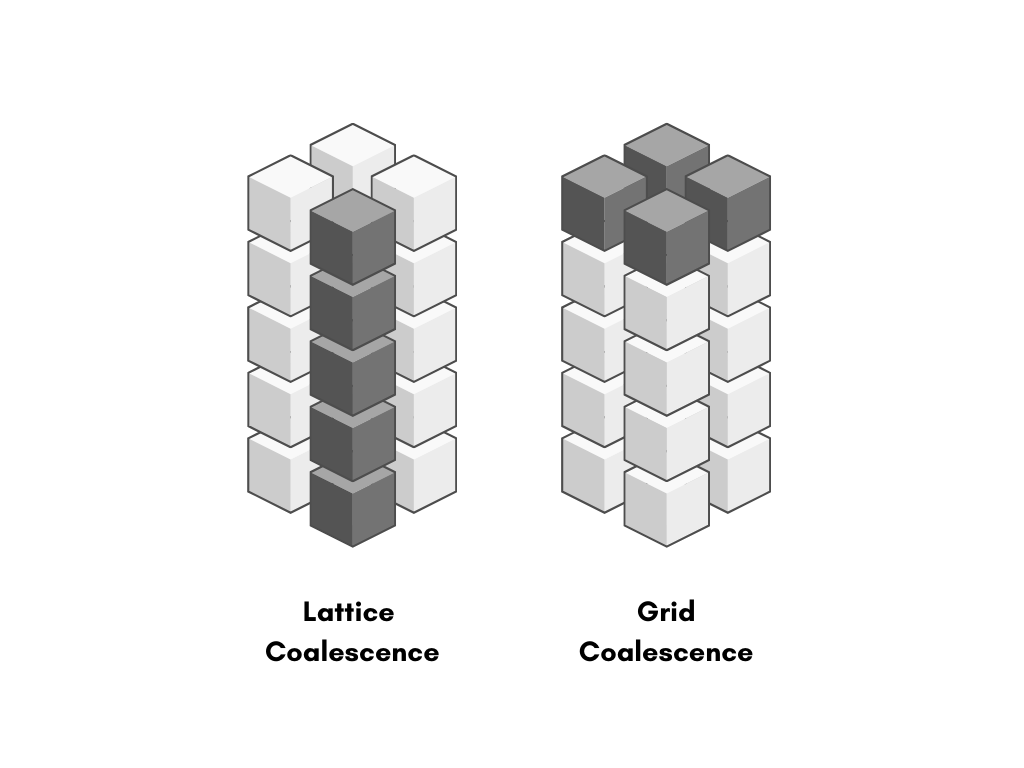 A Tesseract Lattice is a formation of Tesseracts that coalesce around a participant and their context. The Lattice represents a linkage of account states over time linked by its dynamically evolving context i.e., it holds the account’s latest state as well as the history of its interactions on the network. It provides a cryptographically verifiable view of the latest state of an account and is formally represented as 𝜏L. 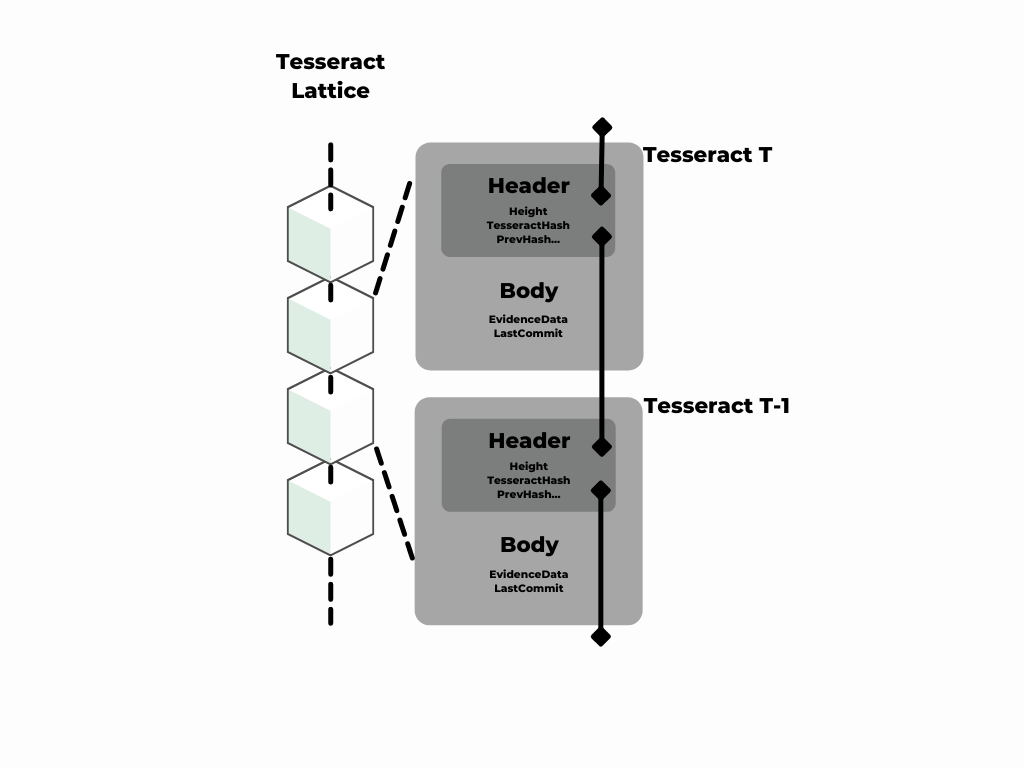 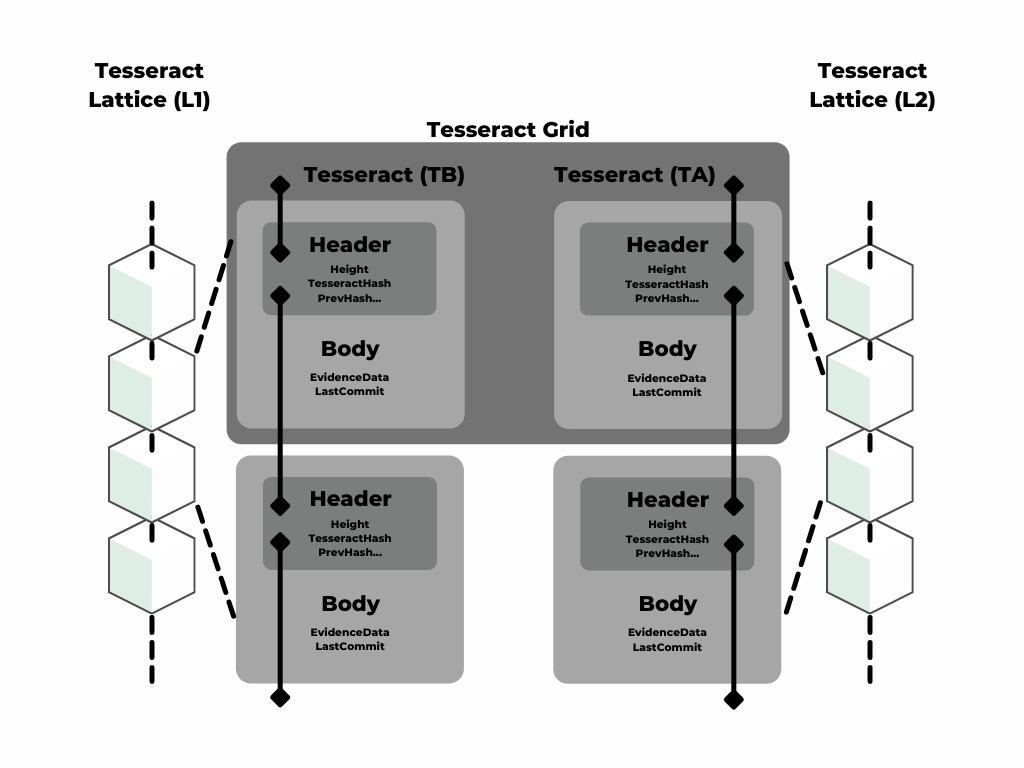