The context of a participant in the MOI network is managed by the Krama Context Engine, which is responsible for the creation of context and its growth. 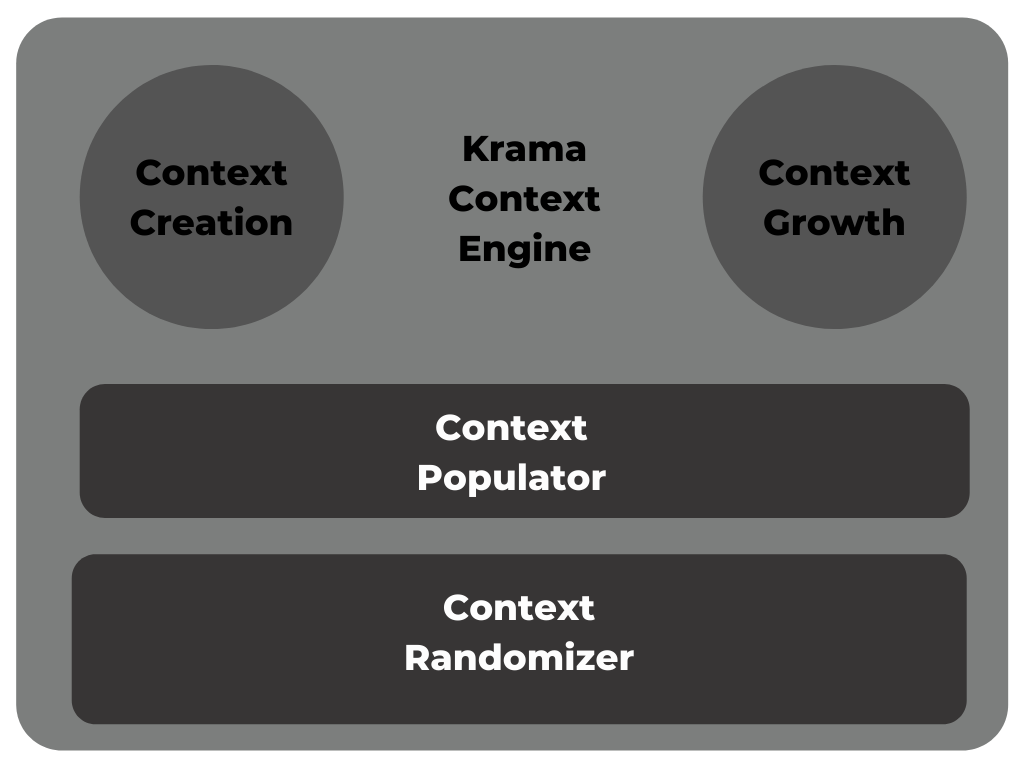 Context Populator is responsible for the creation and growth of the participant context. This component of the engine manages the Network Context of a Participant.

The Network Context is comprised of 3 parts namely:

Hence, the Network Context of a participant’s wallet W is defined as shown below:

where Lo​ is the Liveness floor value, which is the minimum number of nodes that must be present in the wallet’s context say 5 nodes; and LU​ is the ceiling value of the Liveness, for example, 5% of Network Size. Both Lo​ and Lu​ are customizable during the genesis of the network. These values are defined at the protocol level.

When a wallet with a null Network Context attempts to interact with the network, the Interaction is executed by a Guardian Interaction Set. A wallet may have a null context because it is either a new wallet or has had its context reset.

The Guardian Interaction Set is a special-purpose ICS formed for the inception of a wallet’s context. The composition of this ICS is uniquely determined based on a guardian co-efficient which decays over time as the network matures and stabilizes.

Upon context creation, the context signature is created by the guardian validators and added to the tesseract.

Upon context creation, the context signature is created by the operator and added to the tesseract.

The randomizer maintains a set of random nodes in a node pool. This pool contains N number of tables each with S number of nodes. Nd​ is the network depth determined by log10​(Nk​), where Nk​ is the total number of nodes in the network and 10 is the average number of connections maintained by a peer. S is a number determined from the minimum sampling ratio based on Nk​.

The entire pool is refreshed at a regular interval by starting a random walk for each value between 1 and Nd corresponding to each table in the pool. The pool is also refreshed if 2/3rd of the tables in it is consumed. The unconsumed tables will be available while the random walk completes populating the other tables with new nodes.

When enough nodes for a table have been collected, the table becomes available again and any other nodes that are received after the table is full are queued up for subsequent iterations of the table.

A random walk is a process by which the Random Node Pool is populated. It does this by starting a Gossip topic and subscribing to it. It then picks a random number from 1 to Nd​. A random node J hops away from it chosen and added to the table and a message i sent to the node to return a node J distance away from it as well. Each node will propagate this message forward while publishing the chosen peer to the topic. This random walk will have a decay counter corresponding to the S number of nodes required for that table. If the table is not complete when the walk ends, a walk for that J will be restarted with a smaller decay until the table is completed. 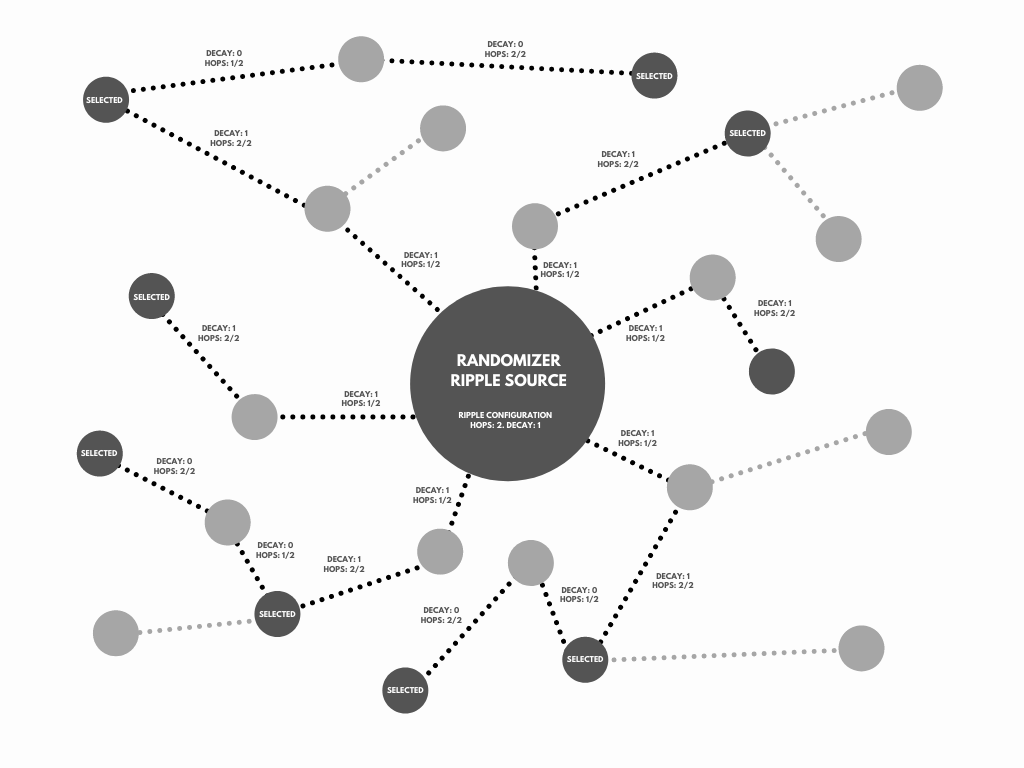